One of America’s most infamous secret societies, Yale University’s Skull and Bones Society, may be a little less secret come July, as the national archives is scheduled to publicly release 1,650 pages of records from the President George W. Bush-era.

The National Archives, which oversees White House records held at the George W. Bush Presidential Library in Dallas, Texas, reportedly received a request on April 15 for materials specific to George W. Bush’s presidency under the Freedom of Information Act.The request specifically sought the public release of records containing 8,072 pages, 3,159 assets (such as presidential memoranda – cards, letters, etc.), and one video clip, according to the National Archives.

After having been thoroughly examined by both the National Archives and Records Administration (NARA) and former President George W. Bush himself, last month NARA sent a letter to representatives of the Obama and Bush administrations announcing plans to release 3,404 pages of the Bush-era records to the public, including 1,650 pages relating to The Skull and Bones Society, according to the letter.

Skull and Bones was co-founded at Yale in 1832 by William Huntington Russell and the father of a future president, Alphonso Taft. The society’s alumni boasts many of America’s political elite, including former presidents William Taft, George H. W. Bush, George W. Bush, and current Secretary of State John Kerry. On April 26, Democratic presidential front-runner Hillary Clinton was made an “Honorary Bonesman” because she graduated from Yale Law School in 1973.

A FOIA request from author Robert Gaylon Ross Sr. prompted the National Archives to release the Skull and Bones records. Ross has authored several books about secret societies, and claims that many of these organizations, including the Skull and Bones Society, play a critical role in global governance; acting as an unseen hand behind the curtain.

In addition to the 3,404 pages of records, 1,503 assets and one video clip in whole, 582 pages and 186 assets in part will also be released to the public. You can be virtually certain that the juiciest tidbits of information held within the requested records will be shielded from public view as Skull and Bones is deeply intertwined with the U.S. intelligence community. 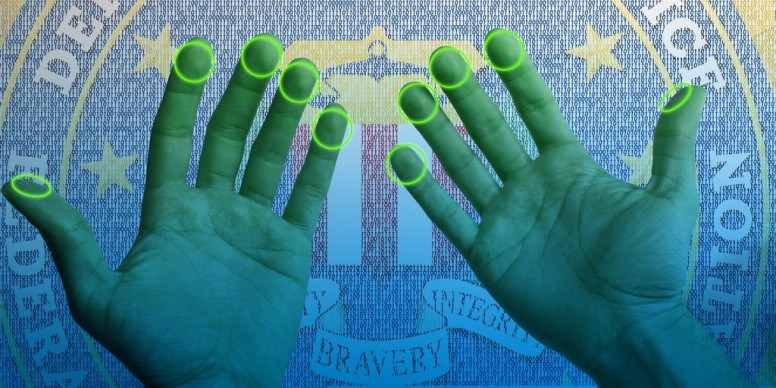 The FBI wants to prevent information about its creepy biometric database, which contains fingerprint, face, iris, and voice scans of millions of Americans, from getting out to the public. The Department of Justice has come up with a proposal to exempt the biometric database from public disclosure. It states that the Next Generation Identification System (NGI) should not be subject to the Privacy Act, which requires federal agencies to give people access to records that have been collected concerning them, “allowing them to verify and correct them if needed.”

The proposal states that allowing individuals to view their own records, or even an account of those records, could compromise criminal investigations or “national security efforts,” potentially reveal a “sensitive investigative techniques,” or provide information that could help a subject “avoid detection or apprehension.”

The database contains biometric information on people who have provided fingerprints to employers, or for licenses and background checks, as well as on convicted criminals and those that have been suspected of wrongdoing even for a short period of time, according to Underground Reporter.

The proposal argues that the FBI should be able to retain the data it has collected on individuals even if they are later found to have done nothing illegal, as the information “may acquire new significance when new details are brought to light.”
The FBI claims the retained data could also be used for “establishing patterns of activity and providing criminal leads.”

Although very little is actually known about the database, the Electronic Frontier Foundation (EFF) and EPIC have been able to uncover that the FBI would like to track every individual as they move from one location to another. Jeramie Scott, a national security counsel at the Electronic Privacy Information Center, told NextGov that the proposal “would set a worrying precedent in which law enforcement has significant leeway to decide what information to collect without informing the subject.”