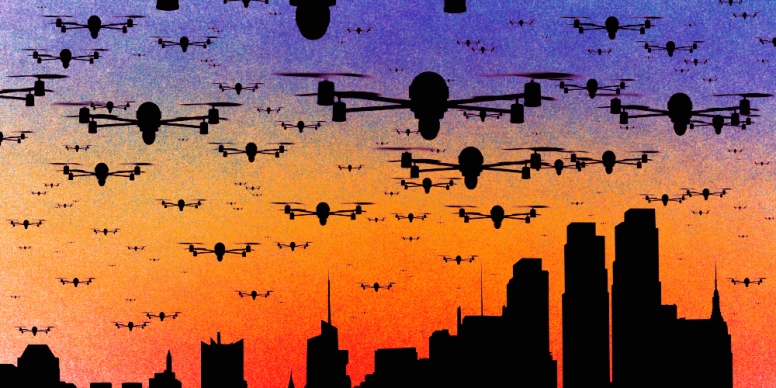 *Seizing upon the opportunities of new technologies, It’s time for the government to restrict your use and access, While they have the ability to arm the same technology with weapons and riot control functions and use it against you.

Assemblyman Mike Gatto a California lawmaker introduced legislation this week that would require owners of drones to get insurance and license plates, similar to the requirements for motor vehicles. The bill is called the Drone Registration/Omnibus Negligence-prevention Enactment (DRONE) Act of 2016 and would tighten the restrictions on personal drones even further than they have been already. The bill has technical requirements as well and would require all personal drones to be tracked by GPS and an automatic shut off to prevent them from crossing paths with airplanes.

the FAA has recently begun to require owners of private drones to register with the government and pay a registration fee. To make matters worse, their personal information will be exposed in the process.

The privacy concerns surrounding drone registration has grown with the FAA’s admission that the registration information would be available to anyone with an Internet connection. This means that addresses and other sensitive personal information of drone owners would be publicly listed, creating an obvious safety hazard. The FAA says that the names and addresses would not be searchable; however, if you have the number to someone’s drone, you can easily pull up their address and other personal information.

The registration move was just the beginning of a slippery slope that will quickly bring far-reaching, local, state and federal restrictions on drone operators.