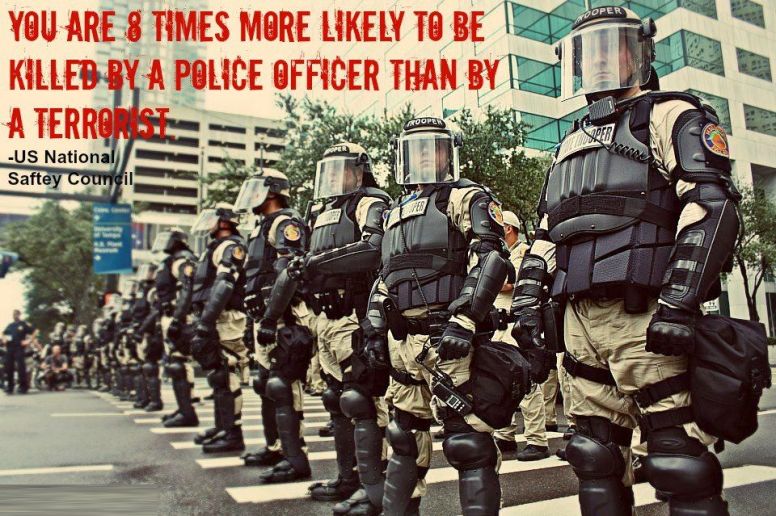 Data gathered by an impartial nonprofit documents the deaths of over 5,000 Americans killed at the hands of police in the last fifteen years. The deaths dwarf those killed by terrorists despite the American government using the fear of terrorism to strip Americans of the their rights on a daily basis.

The data, gathered by Fatal Encounters, is changing the conversation on police and terrorism in America. The number killed by police, “represents more than the total number of US combat deaths in all wars since 2000.”

Although the data by Fatal Encounters is incomplete due to how police departments across the country report on citizens killed by police, it is essentially the best data made available so far.

The Data comes at a time when police across the country are becoming increasingly militarized, complete with funding and gear from the Pentagon and training with the military to possibly take on the American people.