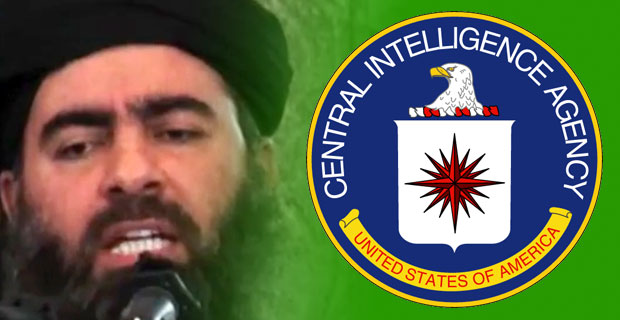 Rather than listening to the propaganda that the mainstream media has to spin in order to continue a War in the Middle East, listen to the sources themselves, who helped manifest this “New terrorist threat”.

Press TV:Former CIA contractor Steven Kelley says that the ISIL terrorist group is a completely fabricated enemy created and funded by the United States.“The funding is completely from the United States and its allies and for people to think that this enemy is something that needs to be attacked in Syria or Iraq is a farce because obviously this is something that we create it, we control and only now it has become inconvenient for us to attack this group as a legitimate enemy,” Kelley added.

He made the remarks as US President Barack Obama is under pressure to seek congressional approval before expanding Washington’s military air campaign against IS targets from Iraq into neighboring Syria. “If you want to get to the root of the problem and remove this organization, the first thing they need to do is to remove the funding and take care of entities responsible for the creation of this group,” Kelley said.

ISIS using CIA-supplied weapons: Dave Lindorff An award-winning American investigative journalist says the Islamic State terrorist group is using weapons supplied by the CIA. “We know that the government in the US wants to go in and attack ISIS, which is in itself kind of remarkable when you consider that a lot of the weapons they are using were provided by the CIA, or indirectly by the CIA through Saudi Arabia to the ISIS to fight Bashar Assad”,“Now we are turning around and saying we have to attack them,”.

U.S. General: “We Helped Build ISIS”: During an appearance on Fox News, General Thomas McInerney acknowledged that the United States “helped build ISIS” as a result of the group obtaining weapons from the Benghazi consulate in Libya which was attacked by jihadists in September 2012.Asked what he thought of the idea of arming so-called “moderate” Syrian rebels after FSA militants kidnapped UN peacekeepers in the Golan Heights, McInerney said the policy had been a failure.

As previously documented, many of the United States’ biggest allies in the region, including Saudi Arabia, Kuwait, Turkey and Qatar, have all bankrolled and armed ISIS militants.