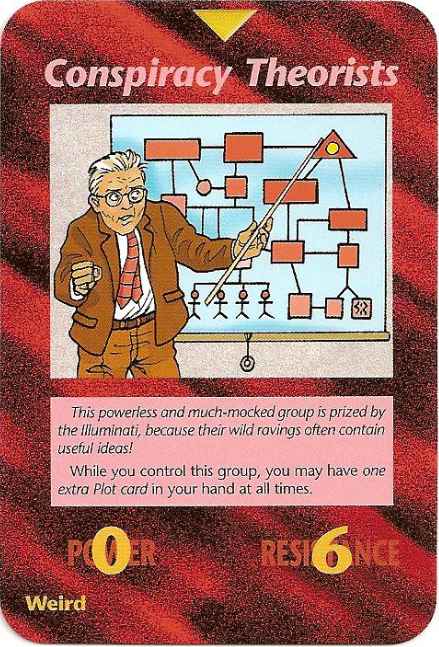 You Know you’re a conspiracy theorist if…

You are capable of critical thinking.

You think it’s a little strange that WTC building 7 came down at free fall speed on 9/11 yet it was never hit by a plane.

You think that drones in America might not be for Al Qaeda.

You would like to be able to get on a plane without having to engage in a mandatory radiation bath and digital strip search.

You have read a book in the past year.

You think you have the right to protest.

You think the War on Terror is a scam.

You think the War on Drugs is a scam.

You think the Republicans and Democrats are exactly the same on the important issues affecting our country.

You think believing in The Constitution does not constitute a terrorist act.

You have heard of the Bill of Rights and can even name what some of them are.

You question whether the government loves you.

You think the right to bear arms is not for hunting, rather so citizens can fight back should the government become a bunch of tyrannical thugs.

You are aware that the Department of Homeland Security has purchased 1.2 billion rounds of ammo in the past year.

You question whether said ammo purchases are in anticipation of a Normandy beach style landing by Al Qaeda.

If you answered yes to more than five of the above, you might be a conspiracy theorist. You also may be on the government’s terror watch list. Be very alarmed and report it to the authorities immediately should you discover your neighbors engaged in such uncivilized thought.